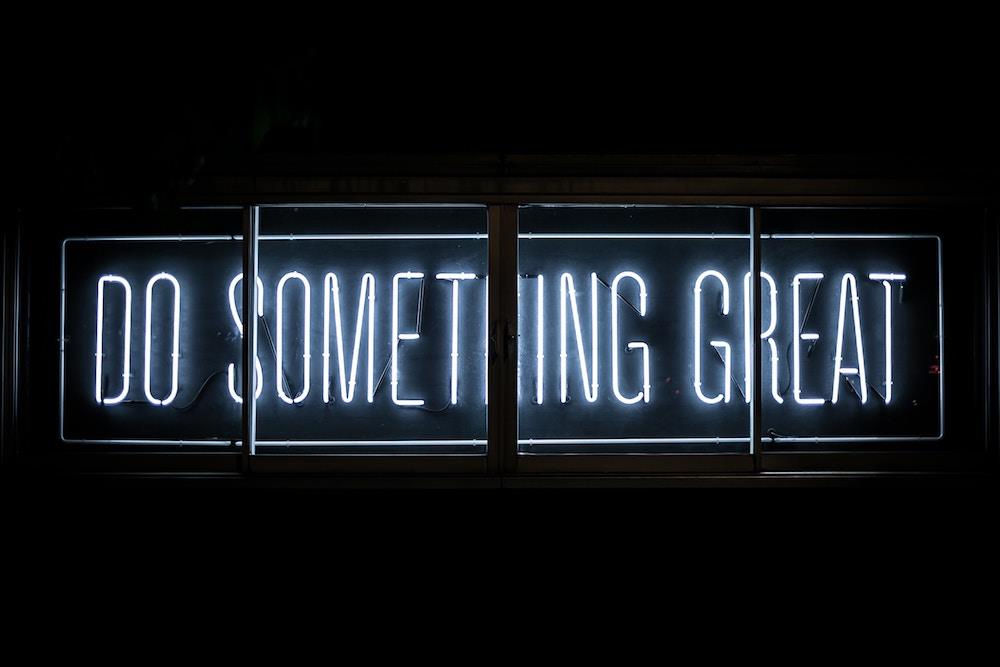 Biblical greatness is not found in position or authority; it is found in selfless, even sacrificial service. Jesus was not asking us to see people like consumers, he was asking us to be observant to present needs as well as to deeper, hidden needs.

In grade 4, I was given an art assignment on fire prevention. My work was chosen to be sent into our local civic offices, and incredibly, my work won first prize for the entire region. This was my first taste of “success” and my mind raced into the future: “I could become great…a great artist!” I thought. Today I laugh, but then… I was serious.

At some point or another, we have all had aspirations of being or doing something great—becoming a rock star, playing in the NHL, becoming a famous fashion designer, or becoming a successful trial lawyer. While maturity shifts these aspirations, thoughts of greatness linger somewhere beneath. We wisely and humbly elect not to use the word “great” because it sounds presumptuous and conceited, but we think it. We might package the thought in terms of business success, our place on the honour roll, our position on the team, the size of our land holdings, the position we have in the company, or the degrees after our name. You get my point.

Then we read Jesus’ radical, countercultural, even paradoxical axiom of greatness. Jesus shattered categories then and now with these words: “You know that those who are considered rulers of the Gentiles lord it over them, and their great ones exercise authority over them. But it shall not be so among you. But whoever would be great among you must be your servant, and whoever would be first among you must be slave of all. For even the Son of Man came not to be served but to serve, and to give his life as a ransom for many” (Mark 10:42-45).

The message is certainly jarring upon first read. However, it becomes an even more paradigm shaking when we dig just a little deeper. Jesus tells us that whoever wants to be great should be a “servant” (diakonos), and then goes even further by stating that the one who aspires to being the first should be a “slave” (doulos). This last statement would have caused the disciples to think back to Deuteronomy 15 where God gives strict guidelines on those who owed money and became slaves. They would have financial commitments for six years as a “slave” but in the seventh year they were to be released and resourced with basic provisions so that they would not fall into financial bondage again. However, some, because of deep love for their masters would elect to remain in these living arrangements. Such became bond slaves (volunteer slaves). This was the exact image that many of the New Testament writers had in mind when they called themselves bond slaves or bond servants. James, Peter, Paul, and John all understood their identity with this mindset.

Biblical greatness is not found in position or authority; it is found in selfless, even sacrificial service. In serving we discover that our call is to meet needs and provide help where help is needed. Jesus was not asking us to see people like consumers (who have all kinds of wants and appetites), he was asking us to be observant to present needs as well as to deeper, hidden needs. In serving, we sacrifice something of ourselves to assist in a deficiency that someone else has.

Scripture is not given to us just to be read or even discussed. It is meant to change us. And so, I offer some application that bubbles out of this passage. As ministry leaders in the church or in the academy, let’s seek to live out Jesus’ directive.

Consider who you are speaking to. This person is made in the image of God and so, look them in the eye and say hi. Warmth in our greetings and conversations sends a powerful message. It tells people that they are valued and that you care. Being friendly is the foundation to friendship.

Consider what you are seeking to accomplish: you want to serve. Seek to meet the present need—or better, the deeper underlying need if there is one at work. When we sacrifice, we are going beyond normal expectations to solve a problem or answer a question. We are giving something of ourselves.

Consider how you engage this person. Packaging matters. Civility is being rapidly discarded in our culture, but when we speak with respect and grace, even when the message is a difficult one to give, we are still serving. The virtue of empathy is a powerful tool here. When we speak with others, we connect more significantly when we are able to identify with them in their position. This is applying the golden rule.

Being great is more than having a grand title and serving is more than meeting the consumer wants of others. Serving is seeing, sacrificing; helping in any way that you can help.

Partnering together in service,

Michael Pawelke
share this post
More Posts
Briercrest was 4 of the greatest years of my life. I made life long friends, grew in my walk with God and of course met my husband. I learned a lot about who I am and who I am in Christ and where God wants me to be!
Teryn Ulriksen (College)
Start your application